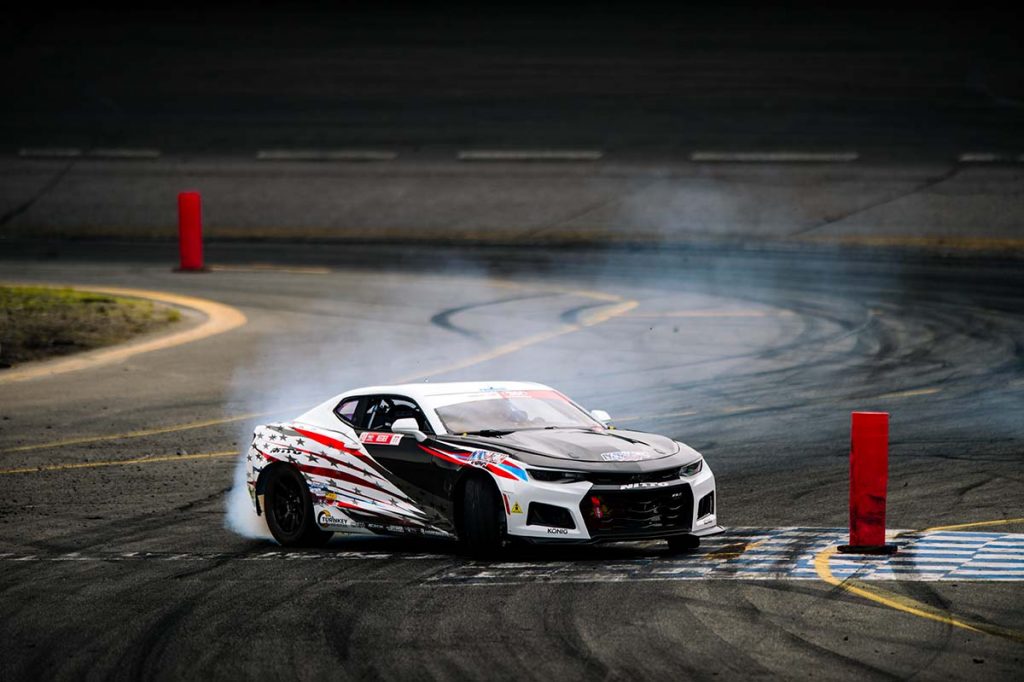 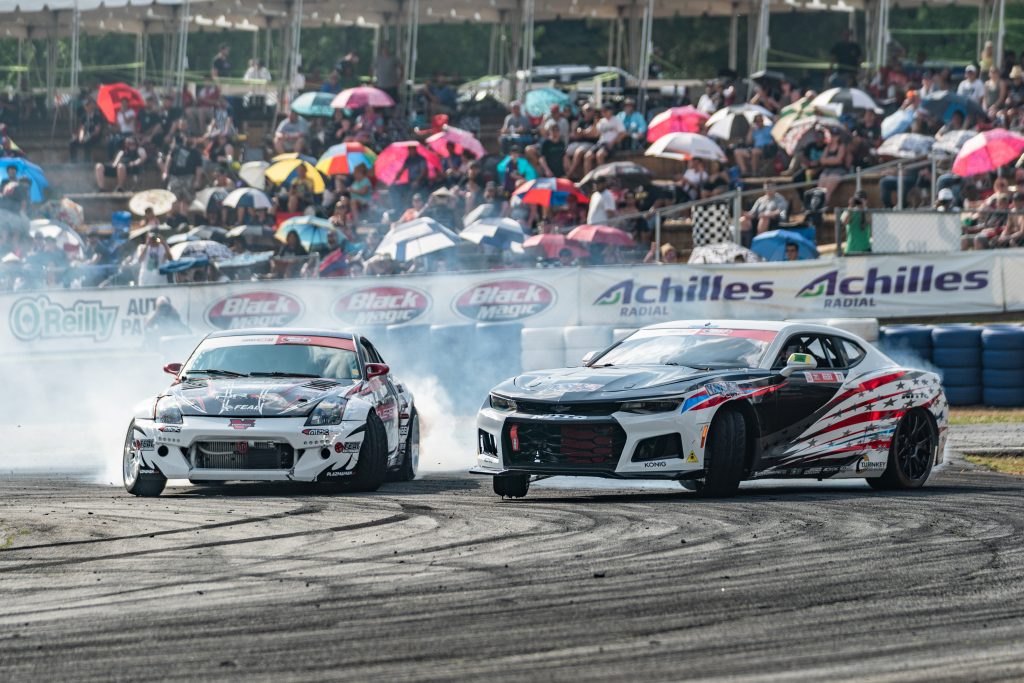 The High Voltage team is excited to announce the all-electric Napoleon Motorsports Camaro EL1 will be on display at HHVE. Accompanied by Formula Drift driver Travis Reeder both car and driver will be conducting a set of exhibition runs for participants and spectators alike to enjoy at our inaugural event!

By now many enthusiasts are familiar with the phenomenon of drifting. Despite the Japanese origin of the sport, America’s professional Formula Drift series has introduced many new fans to the sport over the last decade. Drifting is one of the most open forms of motorsport when it comes to powertrain rules, meaning teams can almost select any powertrain to build a car around. And while many of the go-to engines found in current drift cars are of the GM LS variant, Ford Coyote platform, or Toyota’s legendary 2JZ inline six-cylinder, one car in the field is unlike any other.

Not one to follow in the steps of those who’ve gone before, Joe Napoleon, owner of Napoleon Motorsports, opted in 2018 to take the road less traveled. . Joe and his team decided to go fully electric and the end result is what you see here.

Looking at the images below you’ll see that large battery packs occupy the space that would otherwise house a large cubic inch LS or LT V8All of the battery weight is located in the front of the vehicle, while the EV West electric motor powering the EL1 is mounted upside down and located in the back of the Camaro. With this configuration, the builders were able to achieve a 51%/49% weight distribution fore and aft, keeping the car nimble in the handling department. 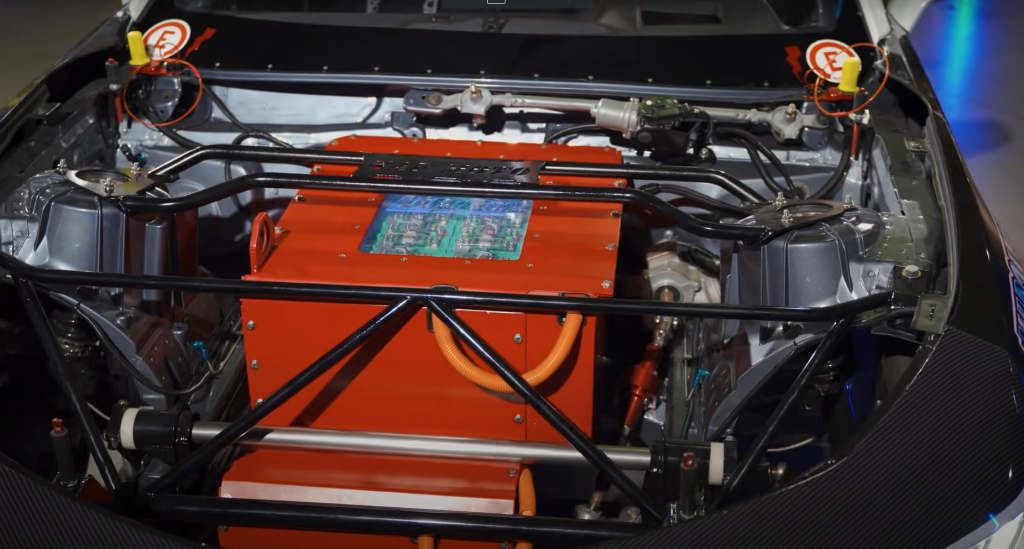 As for power output, the car generates 384 kW, or for a more relatable number to most car enthusiasts, it equals out to approximately 515 horsepower. For more in depth info on how the El1 does it’s thang, head on over to Donut Media’s YT and watch James Pumphrey’s 2019 video breakdown of the car. If you’re interested in seeing the Napoleon Motorsports Camaro EL1 shred some tires at High Voltage Experience, make sure to mark your calendars and secure your tickets early for November 13-14 at Sonoma Raceway! We’ll see you there! 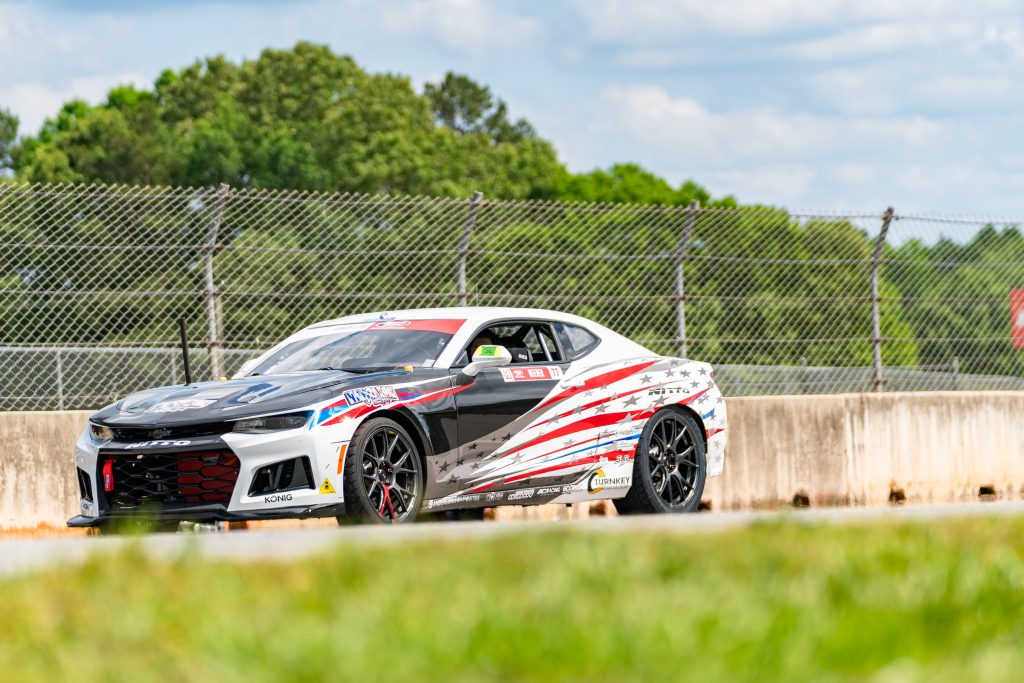